Clubs whose players have participated in the Forth Valley Area Squads

Cricket Forth Valley is looking for a principle sponsor  for both the U12 & U14 squads for 2018; cricket equipment, cricket kit, hydration and nutrition. Please contact us for any additional information required.

4th March Cancelled due to weather 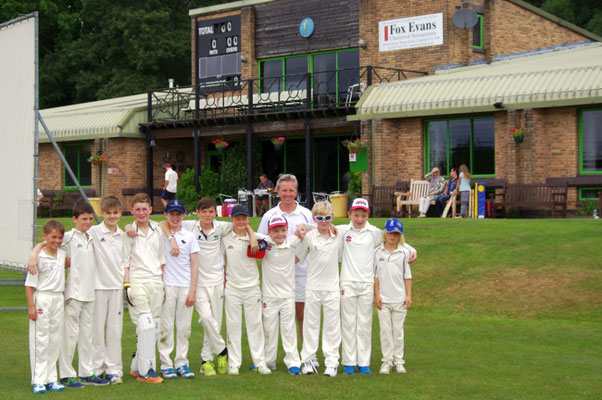 Cricket Forth Valley will be using Teamer to let players and parents know about upcoming events, fixtures and training.

Teamer is an online team management system created and designed to take the hassle out of managing any sports team.

We are travelling down by bus from Stirling County Cricket Club. Breakfast and dinner will be at the restaurant on Campus with teas provided by the cricket clubs.Total cost is £200 (all inclusive)

Having won the toss Fife put Forth Valley into bat and after an early loss, Kai and Callum went about steadying the innings and put on a great partnership before Callum was out for 16 runs.

Jack joined Kai and he went on the attack eventually having to retire for a very well played 31*.

Kai went on to make a very well played 20 runs before David and Angus had a swash bucking end to the innings with David ending on 7 and Angus on 23.

Forth Valley made 133 – 7 in their 25 overs which was an outstanding effort.

Jamie opened the bowling with Craig and both picked up early wickets to have Fife in real trouble      3 – 2.

Wickets continued to fall as Captain Jack rotated his bowlers, Angus came on for an over and mopped up the tail with amazing figures of 1-0-1-4.

All in all a very good performance from everyone in the team, all contributing and working well as a team